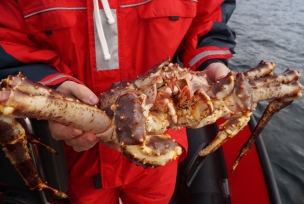 As the king crab season kicks off, Seagourmet Norway expands its products list.

Since recently Seagourmet Norway have been discussing direct supply of king crab with local fishermen. And the negotiations have started to show good results: king crab is now on the production list of Seagourmet Norway and is ready to hit the shelves of Asia, Europe and US.

Negotiatons with fishermen will go on. Do you have a boat? Do you enjoy crab hunting at sea? Give us a call to talk the things through. 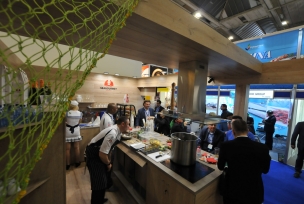 Seagourmet Norway AS is up for a new public appearance, and this time it is in Asia.

The exhibition will take place in September, 8-10, in Hong Kong. Seagourmet Norway will be showing a new promotional movie about the factory featuring aerial views on beautiful Northern landscapes. Visitors will learn more about local crab processing industry and the company’s activities on the international market.

Seagourmet Norway invites everyone to join the show and visit their stand # 5-1020. 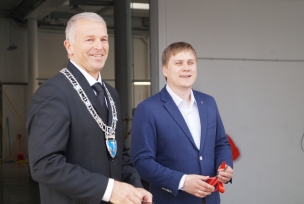 As the soft launch proves to be a success, Norwegian producer of snow and king crab – Seagourmet Norway AS – announced a big opening event.

The company completed reconstruction of an older building in early 2015. Total refurbishment of the production premises has been made. In April 2015, Seagourmet Norway launched its pilot commercial activities as a producer and a wholesaler of snow crab. An official opening ceremony was set up on 10 June.

- This is not only an important gathering for all of us, this is a proof and evidence that we have made a good start and we will work on for the better with your friendship and support, said the factory’s managing director Pavel Kruglov in his opening speech.

Although the factory is in the very beginning of the way and some processes still need to be adjusted and polished, Seagourmet Norway believes the right path has been chosen that will take the company to a better future for the sake of Batsfjord, local community and business.  With a current focus on cooked frozen sections of snow crab, Seagourmet Norway strives to become eventually one of the leading producers and suppliers of snow crab, king crab, and other Arctic gourmet seafood.

- This factory is like a child to all of us. We raise him, we give him new toys,  we educate him and let him grow into a self-standing adult – a businessman who can feed himself, his family and share benefits with his neighbours, Pavel continued.

The opening ceremony was attended by the Mayor of Batsfjord, the Ambassador of Latvia in Norway, partners and friends of the company.

The event took place at the quay of the factory where vessels discharge crab directly into the factory tanks. After the words, speeches and gifts, the guests were invited to the local restaurant to taste crab meals. Later on, as the weather turned favourable, enthusiasts embarked on boats to take a crab fishing voyage along the fjords of Syltefjord. 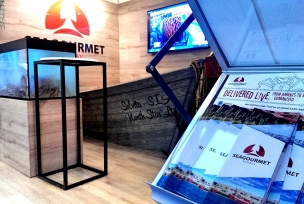 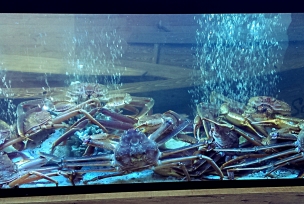 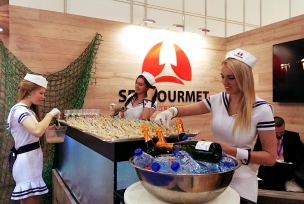 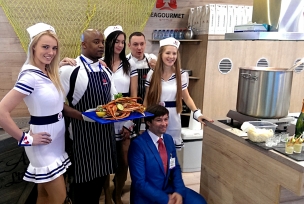 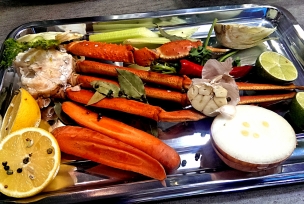 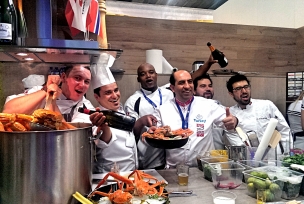 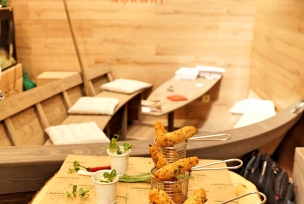 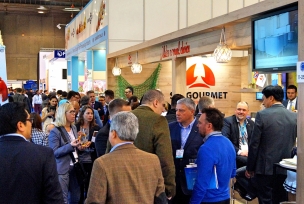 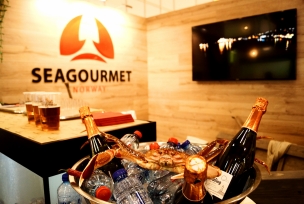 Seagourmet Norway is proud to announce exhibiting at the world's largest seafood trade event has been a success.

The Seafood Expo Global 2015 brought together seafood market players from around the globe to provide the best live, fresh, frozen and values-added seafood.

Before making its first big public appearance, the team of Seagourmet Norway did a titanic work to sort out complicated logistics and human resources. And the efforts were highly awarded: Seagourmet Norway's booth design was unique and outstanding, and the cooking show was a great success. For three days in a row, the company's booth was one of the busiest; visitors crowded up to appreciate live snow crab in the aquarium, tailor-made clothes for hostesses, refreshing drinks, and what's more important - a very special atmosphere of home-style comfort and joy. The visitors reciprocated with new contacts, business opportunities and ideas.

Seagourmet Norway focuses on catching, processing and distribution of snow and king crab. The company is based in Batsfjord, Norway. 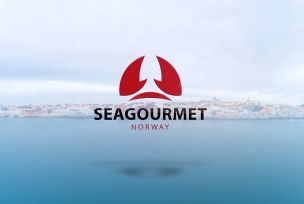 Finishing strokes on our video presentation

It was in mid-March when two talanted photographers arrived to Batsfjord to shoot a presentation video about Seagourmet Norway.

Despite winds and harsh weather conditions, a quadcopter soared in the sky above Batsfjord to show a birds-eye view of local beauties. Night views are hilarious yet deceptive in a way when the small village of Batsfjord sparkles in night lights as a bigger city.

The video will be looped on HD screens at the Seafood Expo Global exhibition in Brussels, April 21-23, where Seagourmet Norway is planning to participate.

If you happen to be visiting Brussles in late April, visit us at stand 2545, Hall 11. We are setting up a great cooking show. Take your chance to enjoy deliciousness of snow crab! Two chefs will be working for you!